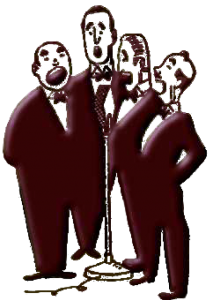 Rainier Chorale has had special ensemble groups since the beginning of its history (see our History page). The first was simply called “The Ensemble” and consisted of about 16 people that met and rehearsed independently of the rest of the Chorale and performed for various business meetings and non-profit groups in the South King County area during the mid- to late 1980’s. But being part of such an ensemble requires extra time commitments and after a few years the group was disbanded.

In the mid-1990s when Ron Bayer became Artistic Director the idea of an ensemble was revived. This time the group was called “The Chamber Singers” and was a balanced group of 16 singers who performed for each Chorale concert and at selected other times during the course of the concert season. Like its predecessor, this group met and rehearsed independently of the rest of the Chorale. And, like its predecessor, it eventually was disbanded when its time demands became too much for Ron and the singers. 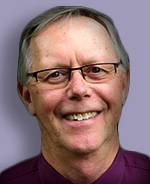 In April 2003 an ensemble was formed again for the sole purpose of performing in our 2003 Pops concert, Travel Across America. This ensemble was called “Bel Canto” and, rather than being directed by Ron, was instead led by our multi-talented bass Dale Hutchinson. For the 2003 Christmas concert Dale again directed this special group, and continued this effort for the June and December 2004 concerts and the June 2005 concert. Since then, a similar group has become a staple of our June Pops concert. Dale retired in June of 2014; the group is now selected and directed by yet another of our multi-talented basses, Rae Colborne (pictured).

Soloists are mostly chosen from the Chorale membership as needed. If a particular concert requires solo performances, Ron holds auditions for them after the first few rehearsals. Prospective soloists are expected to come to the audition having already learned the solo for which they are auditioning. The selection of soloists is an arbitrary process and depends entirely on the particular sound Ron is looking for in the performance of a given work.

The Chorale welcomes and encourages participation in solo work and in special ensembles. Auditions are held for each concert for whatever music it requires in the way of ensemble or solo performance.