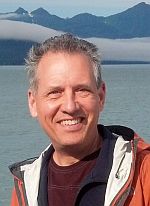 Ron Bayer, Artistic Director
Ron Bayer has been the artistic director of the Rainier Chorale since the 1996-1997 concert season. Ron recently retired from Green River College where he served as Chairman of the Fine Arts Department. Ron was inducted into the Washington Music Educators Association Hall of Fame in 2004. He began his teaching at the high school level in Wisconsin and Minnesota, where he gained recognition as a strong, traditional choral director and also a leader in the then-emerging vocal jazz scene. After completing a nine-year stint in the upper Midwest, he came to the Pacific Northwest following the lure of the mountains, teaching briefly at Mount Vernon High School before coming to Green River. Ron received a bachelor’s degree in music education (in both vocal and instrumental music) at the University of Wisconsin-Parkside, and a master’s degree in choral music and conducting at the University of Illinois at Urbana-Champaign, where he studied with Harold Decker. Further graduate studies in jazz education were pursued at Western Michigan University where he studied piano with and assisted Steve Zegree. An avid mountaineer in his off time, Ron is currently in demand as an adjudicator, clinician, pianist, and arranger. 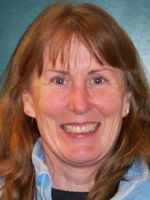 Julia received a Bachelor of Music in Piano Performance and Pedagogy from California State University, Northridge (CSUN). She is principal accompanist for the Rainier Chorale, and she served as accompanist for Rainier Youth Choirs and was instrumental in the formation of their Consonare ensemble. Before moving to Seattle, she was a professor of music at CSUN, and principal accompanist for the Moorpark Masterworks Chorale. She teaches at Green River College, maintains a private teaching studio, and volunteers in school activities.

Clayton Murray has been performing professionally for the past 28 years both here in the Pacific Northwest and overseas. He currently lives in Seattle, and can usually be found performing somewhere around town. Although most of his gigs are as a solo pianist, he also works with small combos, plays for singer showcases and tap dance shows, and plays tuba in four ensembles. He feels it is a privilege to make a living at what he loves doing, and is happy to be able to share music with others.